In this article, we will explain how to use job secrets stored directly in the git repositories of projects.

Let's vizualize the difference on some workflow diagrams:

Let's assume A is an incoming patch to an untrusted project. A modifies the job-1 being run in the check gate (job-1, the modified job is pictured in orange below). Merging this change will look like this in terms of workflow:

The change gets tested speculatively, therefore the change to job-1 is used immediately in the check and gate pipeline, before being merged.

Let's assume now that A is an incoming patch on a config project. Merging this change will look like this in terms of workflow:

This time, the change to job-1 is not applied in the check or gate pipeline. The rationale here is that changes to a config project are impactful and need to be reviewed by humans before being run automatically. If they were run as soon as the check pipeline, nothing would prevent a malicious user from leaking passwords used in the jobs, for example.

Once A is merged, subsequent patches get tested with the new changes:

Regarding secrets, the main difference between untrusted and config projects is that for security reasons, untrusted projects' secrets shall only be used in post-review pipelines such as the pre-defined "periodic" or "post".

Using a secret in a config project

A typical use case is a secret needed by a publishing or deployment job. Actually, the base job (built-in in Software Factory) is using a secret to upload job logs to the log server defined in the config project's zuul.d/_secret_sflogs.yaml file, and used by the base job defined in zuul.d/_jobs-base.yaml file.

You can install from source here zuul-client , or through pip:

Use the --infile option if the secret is a certificate file or a SSH key. Write the output to a new zuul configuration file in the config project like that:

Then the secret can be attached to a job like so:

Finally, when the playbook is executed, the secret content will be decrypted and available as the secret name dictionary:

Commit the 3 files and merge them in the config project:

Then we can test that the new job by adding it to the demo-repo's pipeline.

Commit this file in the demo-repo project and use git-review to trigger the job execution: 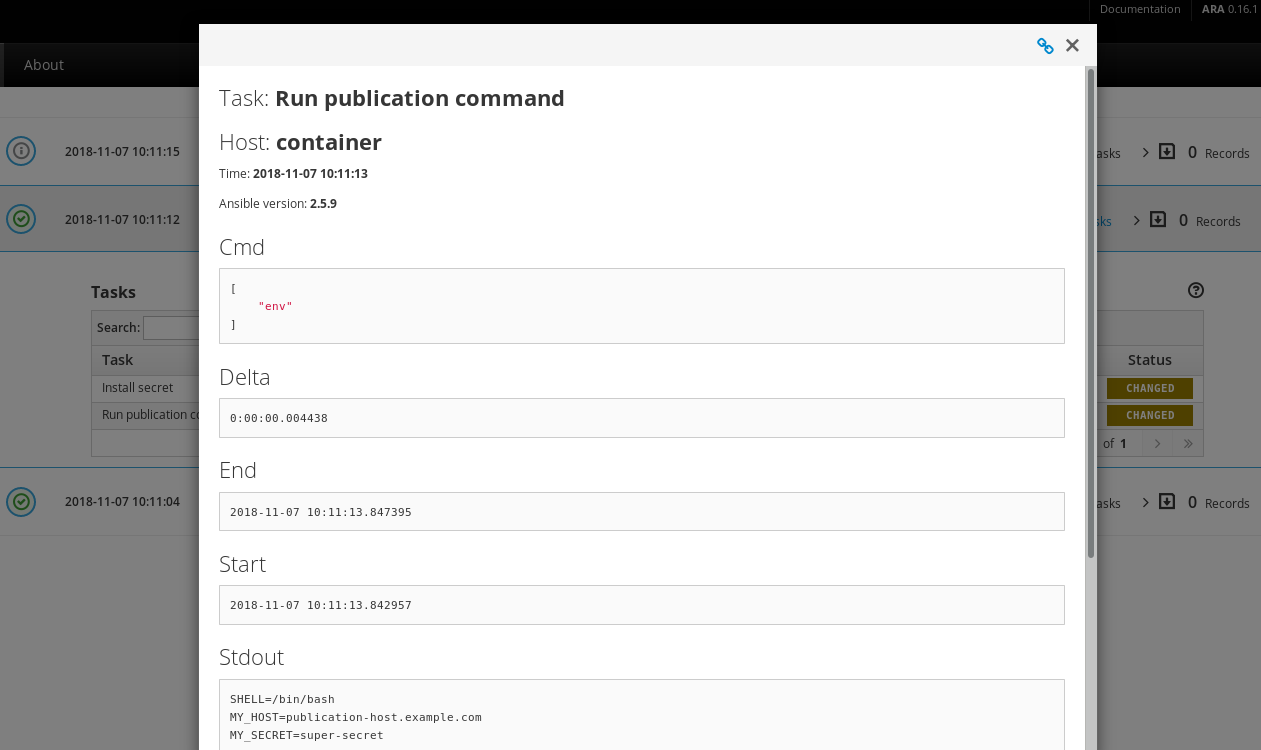 To open the same menu as the image above go to Zuul's Build page (sftests.com). Here in the top lines of the table you can find the my-publication-job in the job column, click on SUCCESS in the Result column. You will find below Artifacts, and under it ARA report click on it. On this page will be all playbook tasks. Expand Run publication command task.

As you can see, the job can be used by any project and the playbook is executed with the secret decrypted. The env command is leaking the secret content, thus when writing job that uses secret, it is recommended to make sure the secret is not exposed during the job execution.

Because the job is defined in a config project, a malicious user can not submit a review with a new playbook task to dump the secret content because the job's content is not evaluated speculatively. Read below for more Security Considerations.

Secrets don't have to be set exclusively in config projects. In this example we are going to create a publish-to-pypi job for the demo-repo project so that it is published to pypi on release. To do that we will use the build-python-release and upload-pypi roles from zuul-jobs.

Clone the demo-repo and provision it with this demo code .

The default release process uses wheel packaging, thus you will have to update the setup.py to use setuptools:

Also make sure the following packages are installed on the node running the job. The sandbox is using the runC driver to run tests so install the packages on the Software Factory instance directly:

Go back to demo-repo project and encrypt a fake pypi account password (since we don't want to actually publish this demo project) using this command:

Create this demo-repo zuul configuration and replace the password payload with the output of zuul-client :

Commit the 3 files and merge them in the demo-repo project:

To test the publication job, push a new tag: 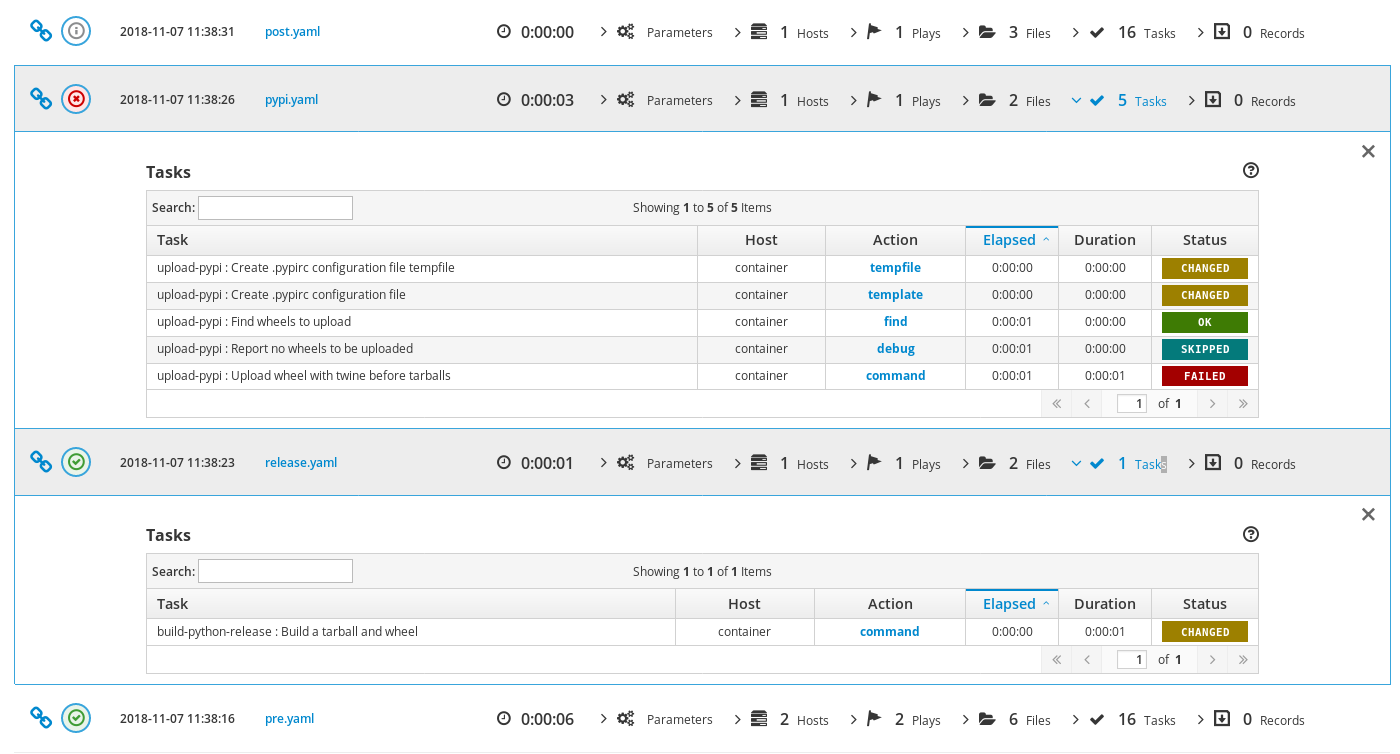 The error is expected because the password was incorrect.

To restart the job, you can use the zuul reenqueue command (on the Software Factory instance):

To update the tag content, it's recommended to push a new tag as Zuul doesn't handle reference deletion gracefully.

The job can be used by any project, but only in a post-review pipeline (e.g. post or release). Attempting to modify the release playbook and adding the job to a check pipeline will result in a Zuul configuration error to prevent malicious access to the secret.

Here are some security considerations when using secrets in Zuul jobs: